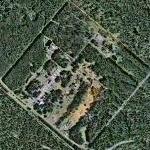 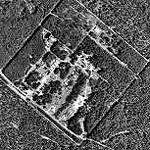 By kjfitz @ 2005-08-15 23:37:12
@ 42.962955, -73.757229
Malta, New York (NY), US
The Malta Test Station is a 165 acre industrial R&D site surounded by a wooded buffer zone in suburban Saratoga, established in 1945 by the U.S. Government for rocket engine and fuel testing, explosives testing, and atomic energy research. It has been used over the years by government agencies including the Department of Defense, NASA, the Department of Energy, and the New York State Energy Research and Development Authority, and was operated by General Electric until 1984. During the early period especially, exotic rocket fuels and ordnance were experimented with, however due to security concerns, many of the records from this period have been destroyed. In 1984, NYSERDA sold approximately 81 acres of the Test Station, including most of the 33 original buildings, test areas, rocket gantries, and other facilities to the WrightMalta Corporation, a campany spun-out of GE. Environmental clean-up measures have found widespread contamination at the site, including potential radiation (Exxon Nuclear worked with GE on some of the projects at the site).
Links: clui.org
3,833 views