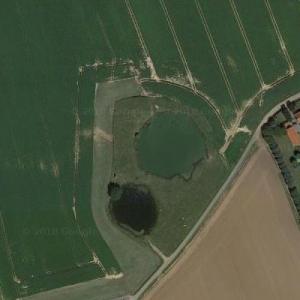 The mines were placed under German lines at Messines. 8,000 metres of tunnel were dug and 600 tons of explosive were placed in position.

A massive bombardment of German lines began on 21st May. Simultaneous explosion of the mines took place at 3.10 on 7th June. The blast killed an estimated 10,000 soldiers and was so loud it was heard in London.
Links: en.wikipedia.org
11,846 views