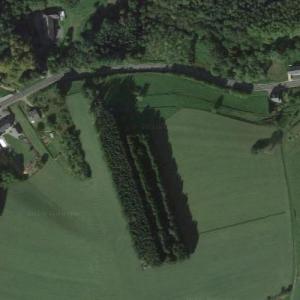 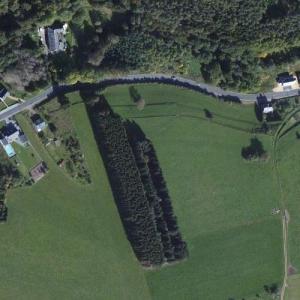 The cars come from American soldiers who abandoned them after World War II when they were stationed in Belgium. How the soldiers had acquired these cars in the first place is not known.

Once the war was over, the US did not want to ship the cars back to the states. The soldiers abandoned these cars in several graveyards in the region, though this is the only car graveyard still standing.

Today, the cars are rusted out and corroded, with the forest slowly taking them over.
Links: www.amusingplanet.com, www.boredpanda.com
20,191 views

Anonymous
@ 2014-07-11 09:55:07
The landowner inherited the cars from his father who collected them. The local mayor ordered to clear the forest back in 2010, so the graveyard doesn't exist anymore. You can find a lot of links about it in French, Dutch and German.