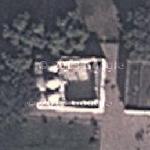 A mosque by the same name was also built in 1645 CE by Shah Jahan, Aurangzeb's father, inside the Lahore Fort in Lahore, Pakistan.

Another small mosque by the same name, was built for private prayer, by Mughal emperor, Bahadur Shah I (r. 1707-1712) and Aurangzeb's son, close to the Ajmere Gate of the dargah of Sufi saint, Qutbuddin Bakhtiar Kaki at Mehrauli, and is an imitation of the one inside the Red Fort of Delhi.
Links: en.wikipedia.org
343 views