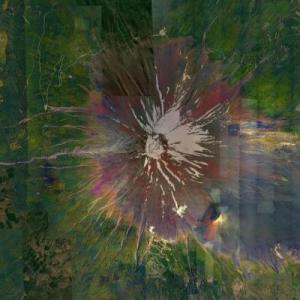 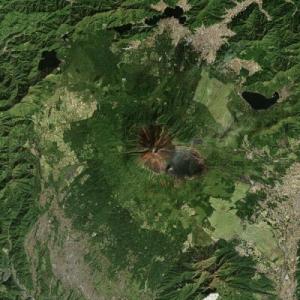 By hkfczrqj @ 2005-06-22 22:13:31
@ 35.362244, 138.730202
Fuji, Japan (JP)
Mount Fuji (富士山, Fujisan, Japanese: [ɸɯꜜ(d)ʑisaɴ], or Fugaku, located on Honshū, is the highest mountain in Japan, with a summit elevation of 3,776.24 m. It's the 2nd-highest volcano located on an Asian island after Mount Kerinci and 7th-highest peak of an island on Earth. This is an active stratovolcano that last erupted from 1707 to 1708. The mountain is located about 100 km SW of Tokyo and is visible from there on clear days. Mount Fuji's exceptionally symmetrical cone, which is covered in snow for about 5 months of the year, is commonly used as a cultural icon of Japan and it is frequently depicted in art and photography, as well as visited by sightseers, hikers and mountain climbers.

Mount Fuji is one of Japan's "3 Holy Mountains" (三霊山, Sanreizan), along with Mount Tate and Mount Haku. It's a Special Place of Scenic Beauty and one of Japan's Historic Sites. It was added to the UNESCO World Heritage List as a Cultural Site on June 22, 2013. According to UNESCO, Mount Fuji has "inspired artists and poets and been the object of pilgrimage for centuries". UNESCO recognizes 25 sites of cultural interest within the Mount Fuji locality.
Links: en.wikipedia.org, whc.unesco.org
4,523 views