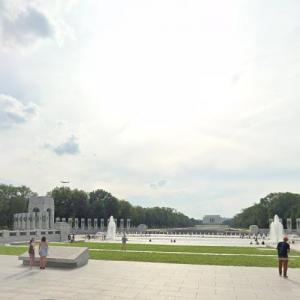 By LancelotLink @ 2010-11-05 08:20:44
@ 38.88943, -77.039461
Washington, Washington, DC (DC), US
The U.S. National World War II Memorial is a National Memorial dedicated to Americans who served in the armed forces and as civilians during World War II. Consisting of 56 pillars and a pair of arches surrounding a plaza and fountain, it is located on the National Mall in Washington, D.C., on the former site of the Rainbow Pool at the eastern end of the Reflecting Pool, between the Lincoln Memorial and the Washington Monument.
Links: virtualglobetrotting.com, virtualglobetrotting.com, en.wikipedia.org
1,342 views