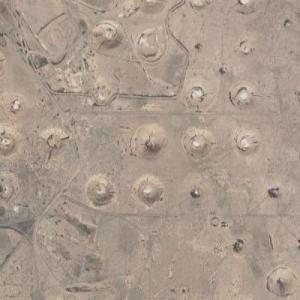 During the 1950s and early 1960s, mushroom clouds from detonations could regularly seen as far as 100 miles from the site. The Las Vegas tourism industry capitalized on the testing, offering hotel rooms with views of detonations and publishing calendars of detonation times.

Nuclear fallout from the tests have affected civilians in Arizona, Nevada, Utah, Oregon, and Washington with the citizens of St. George, Utah being the most famously affected. From 1950 to 1980 the rates of cancer increased in affected areas and soldiers who witnessed tests at the NTS had has high as 50% greater rates of leukemia and other cancers. The Radiation Exposure Compensation Act of 1990 aimed to make payments to some of the people affected by fallout from these tests.

Many protests occurred at the site, most famously a 2,000-person demonstration in 1987 that led to the arrest of many prominent figures including astronomer Carl Sagan and actors Kris Kristofferson and Martin Sheen.

Full-scale nuclear weapons testing ended in the United States in 1992. The site is still used for radioactive waste management and for viability testing of the existing nuclear arsenal. Public tours are available.
Links: en.wikipedia.org, www.atomicheritage.org
40,628 views