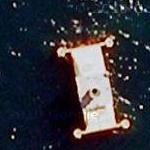 The Oceanlinx uses the Denniss-Auld turbine, a bi-directional airflow turbine; this turbine was developed specifically for the Oceanlinx. The electrical generation or the desalination parts are 'of-the-shelf' add-ons. The Denniss-Auld Turbine is the only moving part and is above water. This is an advantage, the fewer moving parts the better and it means that the turbine is in less contact with the corrosive sea water.

The firm is developing this deep-water technology to generate electricity from, ostensibly, easy-to-predict long-wavelength ocean swell oscillations. Oceanlinx recently began installation of a third and final demonstration-scale, grid-connected unit near Port Kembla, near Sydney, Australia, a 2.5 MWe system that is expected to go online in early 2010, when its power will be connected to the Australian grid. The company's much smaller first-generation prototype unit, in operation since 2006, is now being disassembled.[2]
Links: en.wikipedia.org
746 views