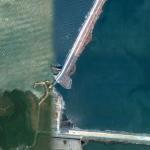 The South Korean government plans to increase this capacity of 1 MW to 90 MW by the end of the year 2013, increasing the demand cover to 46,000 households, while simultaneously working on the 254 MW Sihwa Lake Tidal Power Station. Part of the goal of generating 5,260 GWh through tidal power by 2020.