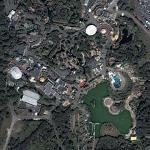 By Hinkkanen @ 2006-05-13 10:52:31
@ 49.134469, 2.570586
Plailly, France (FR)
Parc Astérix is a theme amusement park park in France, based on the stories of Asterix, created by Albert Uderzo and René Goscinny. It first opened its gates in 1989 and quickly became the most popular theme park in France until the opening of Euro Disneyland (now Disneyland Paris Resort) in 1992). Today, it retains great popularity, and has begun incorporating rides and themes from historic cultures such as the Romans and the ancient Greeks.
Links: en.wikipedia.org
1,419 views