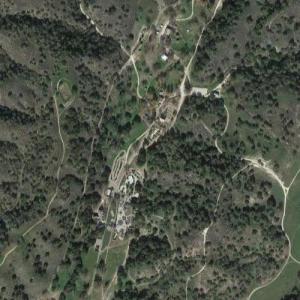 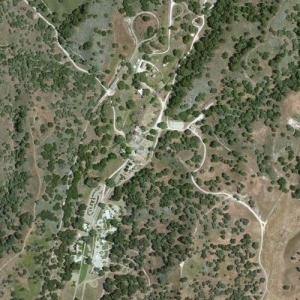 When he died in 2009, Michael Jackson’s net worth was $600 million. The entertainer, choreographer, singer, songwriter, record producer, film producer, actor, dancer, and composer made a reported $50 to $100 million annually between 1985 and 1995. He also sold more than 750 million albums. In additional to the estimated $100 million copyright value of his own music, Michael Jackson invested in the rights to other music by The Beatles and other artists.

Michael Jackson lived at the Neverland Ranch from 1988 to 2005. Previous to his ownership, it was known as the Sycamore Valley Ranch and owner by golf course entrepreneur William Bone.

It was known for amusement park rides, which have now been replaced with a Zen meditation garden. A statue of Peter Pan has been placed on the property by Michael Jackson’s children to honor their father, who named the ranch after the J.M. Barrie story about a boy who never grew up. Several of the amusement rides are now part of the California State Fair.

The property, which featured Tudor-style buildings, is in Santa Barbara County, CA, eight miles north of Santa Ynez. It is bordered by the Chamberlin Ranch and La Laguna Ranch. It is estimated to be 3,000 acres, according to the Santa Barbara County Assessor’s office. The address for the ranch is 5225 Figueroa Mountain Road, Los Olivos, CA.

Michael Jackson moved out of the property in 2005, and Neverland was closed in 2006. It has fallen into some disrepair after his death, but several plans for the property have been suggested, including ownership by the state of California as a “Graceland”-style attraction for Michael Jackson fans. Local residents of the rural area were opposed to the idea, due to the amount of tourists and traffic it would bring to the location.
Links: en.wikipedia.org, realestalker.blogspot.com, realestalker.blogspot.com, www.celebritynetworth.com, rockpasta.com
153,312 views