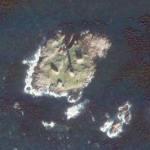 By giove @ 2010-11-26 13:30:32
@ 48.298205, -123.531475
Metchosin, Canada (CA)
Race Rocks Light is one of two lighthouses that were built on the west coast of Canada, financed by the British Government and illuminated in 1860. It is the only lighthouse on that coast built of rock, (granite) purportedly quarried in Scotland, and topped with sandstone quarried on Gabriola Island. The Islands of Race Rocks are located just off the southern tip of Vancouver Island, about 16 km southwest of Victoria, British Columbia.
Links: en.wikipedia.org
512 views