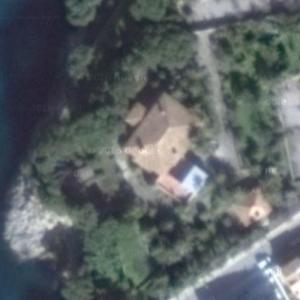 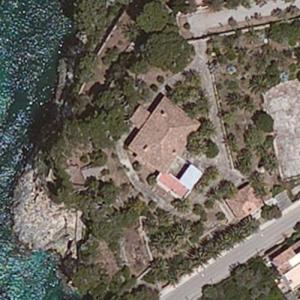 By Xeba73 @ 2014-04-05 01:21:19
@ 39.53966073, 3.33885669
Porto Cristo, Spain (ES)
According to Spanish media reports, the tennis superstar Rafel Nadal purchased this Mallorca home in 2012 for about €4 million. His family home is right around the corner. A gorgeous mediteranian getaway for the superstar to soak up the sun at during his off season. A giant mansion with stunning views. The tennis pro enjoys his life here in a beautiful home. He lives here part time with his wife and kids. Nadal, a Tennis superstar, however often travels for his work.

Nadal is one of the greatest tennis players of all time. Nadal has won 19 Grand Slam singles titles, the second-most in history for a male player, as well as a record 35 ATP Tour Masters 1000 titles, 20 ATP Tour 500 titles and the 2008 Olympic gold medal in singles. In addition, Nadal has held the world no. 1 ranking for a total of 207 weeks, including being the year-end no. 1 five times, a huge accomplishment. In majors, Nadal has won a record twelve French Open titles, four US Open titles, two Wimbledon titles and one Australian Open title, and won at least one Grand Slam every year for a record ten consecutive years. Nadal has won 84 career titles overall, including the most outdoor titles in the Open Era and a record 59 titles on clay. With 81 consecutive wins on clay, Nadal holds the record for the longest single-surface win streak in the Open Era.

Nadal has earned a massive net worth of $180 Million. In 2016 Rafael Nadal was one of the highest paid celebrities in the world, bringing home $40 million dollars from tournament winnings and endorsements. Between June 2017 and June 2018, Rafael Nadal earned $41 million from salary and endorsements. Still ranked number one, Nadal will be serving huge slams for years to come.
Links: en.wikipedia.org
85,628 views