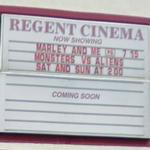 Monsters vs. Aliens is a 2009 American computer-animated 3-D science fiction action comedy film produced by DreamWorks Animation and distributed by Paramount Pictures. The computer-animated movie was the first to be directly produced in a stereoscopic 3-D format instead of being converted into 3-D after completion, which added $15 million to the film's budget.