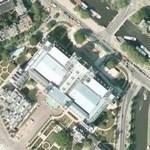 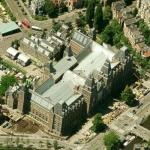 By DonMartini @ 2006-04-26 12:31:36
@ 52.359949, 4.885483
Amsterdam, Netherlands (NL)
The Rijksmuseum (IPA: rɛiks-; Dutch for National Museum) is a national museum of the Netherlands, located in Amsterdam on the Museumplein. The Rijksmuseum is dedicated to arts, crafts and history. It has a large collection of paintings from the Dutch Golden Age and a substantial collection of Asian art.

The museum was founded in 1800 in The Hague to exhibit the collections of the Dutch stadtholders. It was inspired by the French example. By then it was known as the National Art Gallery (Dutch: Nationale Kunst-Gallerij). In 1808 the museum moved to Amsterdam on the orders of king Louis Napoleon, brother of Napoleon Bonaparte. The paintings owned by that city, such as The Night Watch (Dutch: De nachtwacht) by Rembrandt, became part of the collection.

In 1885 the museum moved to its current location, built by Dutch architect Pierre Cuypers. He combined gothic and renaissance elements. The museum has a prominent position on the Museumplein, near the Van Gogh Museum and the Stedelijk Museum. The building is richly decorated with references to the Dutch art history. Rembrandts The Night Watch has its own hall in the museum since 1906. Since 2003 the museum in restoration, but the masterpieces are continuously present for the viewing public.

As of 2005, 95% of the museum is closed for renovation, but paintings from the permanent collection are still on display in a special exhibition called The Masterpieces in the recently renovated Philips wing.
Links: www.rijksmuseum.nl
2,947 views