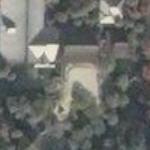 By kjfitz @ 2006-01-04 12:51:05
@ 35.026596, 135.798019
Kyoto, Japan (JP)
The Silver Pavilion (Ginkaku), officially called the Kannon Hall (Kannonden), has become the symbol of Jishô-ji, leading to its more popular name of Ginkaku-ji ("Temple of the Silver Pavilion"). This building, which is designated as a National Treasure, reflects the spirituality of its founder, the Shogun Yoshimasa. The first floor is called the Heart of Emptiness Hall (Shinkûden), while the second floor is known as the Hall of Roaring Waves (Chôonden). Its architectural prototypes were the Golden Pavilion (Kinkaku) of Kinkaku-ji and the Ruriden Hall of Saion-ji (the Moss Temple), but Ginkaku-ji's Silver Pavilion stands today as the single extant original Muromachi-period pavilion and garden, making it one of the most famous buildings of its genre.
Links: www.shokoku-ji.or.jp
629 views