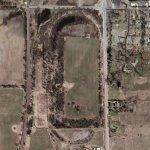 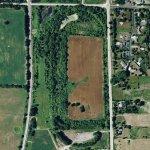 After hearing from local opposition to the track, Wisconsin made wagering on horses illegal. Because the Illinois state line is mere yards beyond the south end of the track, the wagering was moved across the state line to work around the new law. Ultimately, the horse racing would come to an end by the turn of the century.

From 1913 through the 60's, the track was used for motorcycle and auto racing. In the 70's, it was used as a snowmobile test track by Johnson Motors.

Today, trees and brush are overgrown around the track surface and the infield has a farm field. The land is tabbed for future housing.

The above details were found in an August 2007 Kenosha News article, which is no longer available online.
4,222 views