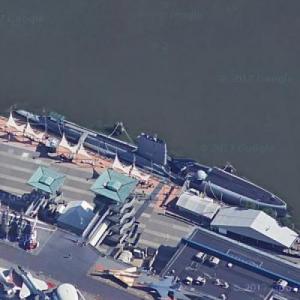 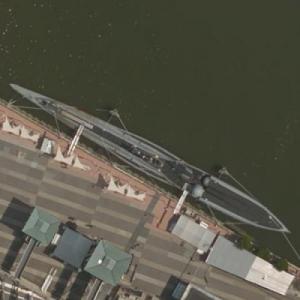 By kjfitz @ 2005-08-28 15:59:59
@ 40.76505277, -73.99982911
New York, New York (NY), US
While under construction as a diesel powered attack submarine, USS Growler was converted to carry nuclear guided missiles of the short-lived Regulus Program. Her career was brief but significant, as she participated in the initial strategic nuclear deterrent patrols made by the United States submarine force. Growler is the sole survivor of the Navy's fleet of pioneering strategic missile diesel powered submarines. As such, she is the only American nuclear missile submarine on display. All of her successors are regulated by treaty.

Destined to be sunk as a target, Growler was saved at the last minute by the Intrepid Museum. She is maintained in her original operational appearance, except for access modifications and air conditioning.
Links: www.hnsa.org, en.wikipedia.org
1,432 views