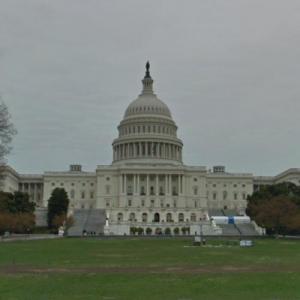 By mlc1us @ 2010-05-16 14:47:04
@ 38.889946, -77.012469
Washington, Washington, DC (DC), US
The United States Capitol is the meeting place of the United States Congress, the legislature of the Federal government of the United States. Located in Washington, D.C., it sits atop Capitol Hill at the eastern end of the National Mall. Though not in the geographic center of the District of Columbia, the Capitol is the origin by which the quadrants of the District are divided. Officially, both the east and west sides of the Capitol are referred to as "fronts". Historically, however, the east front was the side of the building intended for the arrival of visitors and dignitaries.
Links: en.wikipedia.org
2,142 views