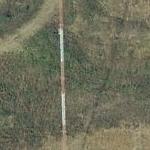 By kkeps @ 2011-02-01 17:41:45
@ 33.72931062, -84.32232296
Atlanta, Georgia (GA), US
WAEC (860 AM) is a local Atlanta area radio station (licensed to the city of Atlanta, Georgia) that broadcasts Christian programming. It broadcasts at a frequency of 860 kHz with 5,000 watts of power during the daytime and 500 watts during nighttime hours. During critical hours around sunrise and sunset the power is 2,500 watts. The radio station uses a non-directional antenna during the daytime, and critical hours, and a directional antenna system during nighttime to transmit its signal from its broadcast towers located near the Flat Shoales Road exit of Interstate 20 in Atlanta. WAEC is classified as a Class-B AM broadcast station according to the Federal Communications Commission.
Links: en.wikipedia.org
377 views