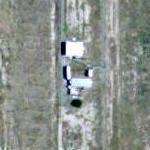 By kjfitz @ 2009-09-29 08:25:23
@ 35.698212, -119.95396
Lost Hills, California (CA), US
WARF, a high-resolution, bistatic HF skywave radar system is located at two major field sites in the central valley of California. The WARF transmitter site is near Lost Hills, California and the receiver site is near Los Banos, California, about 100 nmi north of the transmitter site. WARF is the only testbed in the United States devoted to advanced technology R&D for OTH radars across a wide range of activities. In the past WARF was used to develop the long-range detection and tracking technology that became the foundation of operational OTH radar programs for the U.S. Air Force, the U.S. Navy, and the government of Australia.
Links: www.sri.com
832 views