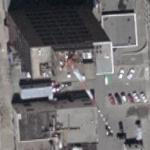 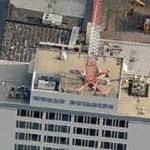 The World Building on Georgia Avenue was also under construction [in 1963]...The World Building, with its radio tower rising from the roof for WGAY, was completed in 1964. The WGAY transmitter was so large it had to be lifted to the penthouse by a crane parked in Georgia Avenue. Only after the transmitter was moved into the building from the roof was it discovered that RCA had shipped the wrong transmitter. The crane had to be brought back to remove that transmitter and lift up the correct one after it arrived.
Links: www.wqmrwgaymemories.org
1,433 views