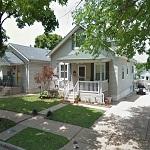 The catcher was also famous for his paradoxical quotes such as "It ain't over 'til it's over", "You can observe a lot by watching" and "When you come to a fork in the road, take it.".