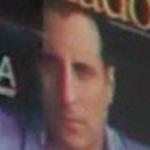 García was nominated for the Academy Award for Best Supporting Actor for his role as Vincent Mancini in The Godfather Part III.
Links: en.wikipedia.org
789 views