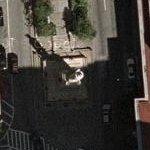 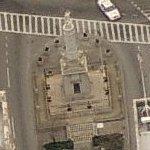 By boothy443 @ 2007-03-26 23:08:55
@ 39.290596, -76.612324
Baltimore, Maryland (MD), US
From http://www.ce.jhu.edu/baltimorestructures/Battle%20Monument/battle_monument.htm:
The Battle Monument was built to celebrate the sacrifice of the soldiers who died defending Baltimore against the British during the War of 1812. The Battle Monument, together with the Washington Monument prompted John Quincy Adams to name Baltimore "the Monumental City".

The image of the Monument is featured prominently on both the Flag of Baltimore, and on the Seal of Baltimore.
652 views

boothy443
@ 2013-12-15 22:04:47
The statue atop the monument, known as "Lady Baltimore" was removed in October of 2013 and permanently moved to the Maryland Historical Society Museum and Library for preservation and conservation due to extensive deterioration. It has been replaced with a concrete replica.