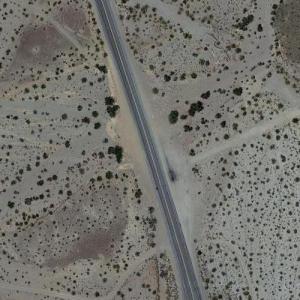 On April 10, 1992, Sam was on his way to Laughlin, Nevada, to perform at a sold out concert. He had been married just the week before to a 20 year old woman called Malika. They honeymooned in Hawaii. It was a Friday night when Sam was to perform in Laughlin, and they drove there from Los Angeles. They traveled East on the 40 until they got to the 95, when the route went North. There are conflicting reports as to where exactly the accident happened. One report says 3 miles north of the interchange, another says 4.

Sam was sober. He hadn't had a drink or done drugs in months, and it was a big issue for him. It was about 8:30pm when they were on their way to the show, and apparently Sam saw the pickup truck coming from the other direction. Sam had slowed his car to 15mph, at the time it hit his Trans Am head on. Two kids were in the pickup, which was littered with beer cans, and apparently after hitting Sam, the driver remarked, "God! Look at my truck!"

Sam wasn't wearing a seatbelt, and he hit the windshield with his head. A passerby called for emergency services, and tried giving Sam CPR, with no success.

Immediately after the crash, witnesses say that Sam looked normal enough and he would pull through. He said, "I don't want to die. I don't want to die." Then Sam was heard having some sort of conversation... "But why? 'Okay, okay, okay." The last okay was apparently said very softly and comfortably, like he was talking to someone he loved.

He was taken to the Needles Desert Community Hospital, to the emergency room, and received dead on arrival.

Cause of death - Multiple traumatic injuries. He was 38 years old.


"It occurred to me that there wouldn't be world hunger, if you people would MOVE WHERE THE FOOD IS!!!"
Links: www.findadeath.com, en.wikipedia.org
21,460 views