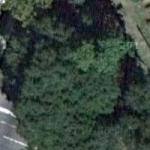 By forthefallendrms @ 2011-08-09 08:24:39
@ 33.560823, -81.719085
Aiken, South Carolina (SC), US
Near this spot on February 11, 1865 was fought one of the final Confederate victories of the War Between The States. Federal Cavalry commanded by Major General Hugh Judson Kirkpatrick were attacked by Confederate Cavalry commanded by Major General Joseph Wheeler when the Federals entered Aiken from the south east along the South Carolina Railroad. The Federals retreated to Montmorenci where their infantry support was stationed. Successful defense of Aiken by the Confederates prevented the possible destruction of the cities of Aiken, Augusta and the Graniteville Mill. The Battle of Aiken is reenacted annually.
Links: www.hmdb.org
1,000 views