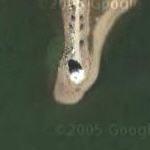 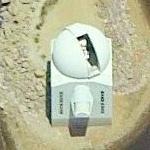 By kjfitz @ 2005-07-31 15:43:02
@ 34.258383, -116.921178
Big Bear City, California (CA), US
A solar observatory on Big Bear Lake, in the San Bernardino Mountains. The observatory is located in the middle of the lake, accessed by a narrow spit, as surrounding the observatory with water reduces the distortion caused by terrestrial convection, the shimmering effect of heat radiating upwards from the ground. It is a relatively small structure, with a single 30-foot dome built in 1969, that observes the sun and therefore, unlike most other optical observatories, is only in use during the day. The facility has made several major contributions to our knowledge of the sun, including numerous photos of solar flares. It is operated by Cal Tech, and funded by the National Science Foundation, NASA, NOAA, the Air Force, and the Navy.
Links: clui.org
876 views