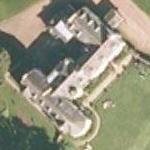 The property was acquired from the Gordon family (owners of the Abergeldie estate) by Prince Albert, consort to Queen Victoria. It became the Deeside home of Queen Elizabeth, the Queen Mother, and later of Prince Charles, the Duke of Rothesay, who uses the estate as a private retreat and spent his second honeymoon here in 2005. A fine wire suspension bridge erected in 1880 by John Harper crosses the River Muick here.
Links: en.wikipedia.org
1,793 views