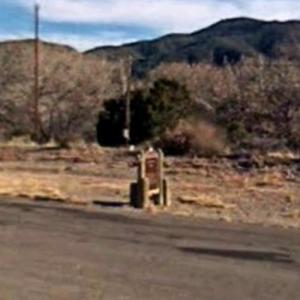 Anonymous
@ 2017-11-05 21:11:52
The location of the sign is not at the mill site. The Mill was located up the road on the reservation, but the historical sign was placed elsewhere due to political reasons. If you slow down after entering the reservation, you can see abode ruins alongside the highway. This is the mill site.

Anonymous
@ 2020-12-17 21:53:21
Get out of here with your "political reasons".
They put the sign there because they didn't want people trampling on the actual site... Some people are so weird and will look to politicize anything and everything.