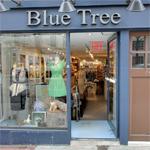 Her acting career peaked in the early 1980's in films such as Fast Times at Ridgemont High and Gremlins. In 1989, she married actor Kevin Kline.
Links: en.wikipedia.org
629 views