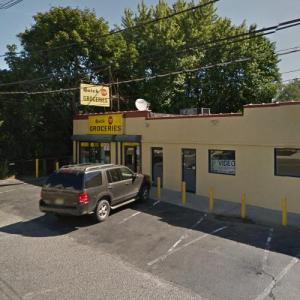 This is the Quick Stop Groceries seen in the movie "Clerks" from 1994 in Leonardo, NJ. It was also used for several scenes in 2006's "Clerks II".

The store owner has reportedly been asked thousands of times about it being the filming location from people all over the world.

Kevin Smith, the Writer and Director, grew up in nearby Highlands. You can ask for a pack of Nails cigarettes for $15.
Links: virtualglobetrotting.com, www.roadsideamerica.com
108,628 views