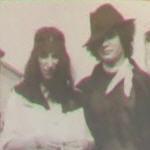 Robert Mapplethorpe (November 4, 1946 – March 9, 1989) was an American photographer, known for his large-scale, highly stylized black and white portraits, photos of flowers and nude men. The frank homoeroticism of some of the work of his middle period triggered a more general controversy about the public funding of artworks.
Links: en.wikipedia.org
597 views