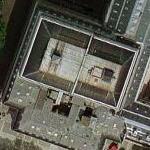 The Comédie-Française was founded by a decree of Louis XIV on 24th August 1680 to merge the only two Parisian acting troupes of the time, the troupe of the Hôtel Guénégaud and that of the Hôtel de Bourgogne. The repertoire at that time consisted of the collection of theatrical works by Molière and Jean Racine, along with a few works by Pierre Corneille, Paul Scarron and Jean Rotrou.
Links: www.comedie-francaise.fr
2,343 views