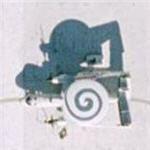 By kjfitz @ 2010-02-01 16:45:10
@ 36.941298, -76.291721
Norfolk, Virginia (VA), US
The Grumman E-2 Hawkeye is an American all-weather, aircraft carrier-based tactical Airborne Early Warning (AEW) aircraft. The twin turboprop aircraft was designed and developed in the 1950s by Grumman for the United States Navy as a replacement for the E-1 Tracer. The United States Navy aircraft has been progressively updated with the latest variant, the E-2D, first flying in 2007. Small numbers are also operated by other countries, the largest foreign operator being Japan.

The aircraft was nicknamed "Super Fudd" because it replaced "Willy Fudd" (the E-1 Tracer). In the present day, it is most commonly nicknamed the "Hummer" due to the distinctive sound of its twin turboprop engines.
Links: en.wikipedia.org
472 views