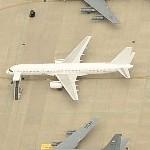 By Rene73 @ 2008-02-27 10:37:34
@ 40.022854, -74.60816
McGuire AFB, New Jersey (NJ), US
When a terrorist attack occurs against U.S. interests overseas, affected Americans and the host nation need rapid, coordinated, effective assistance to resolve the situation. The Foreign Emergency Support Team was created to respond to such situations when U.S. assistance has been requested by the Chief of Mission, host government or directed by the President of the United States. Since its inception in 1985, the FEST has provided rapid assistance to Americans abroad and countries around the world which have suffered terrorist attacks.
Links: www.airliners.net
4,758 views