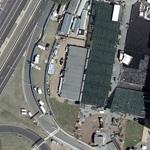 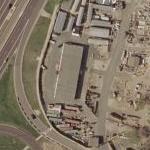 This proposal envisions a memorial that simultaneously affords intimate and collective contemplation through silence within a tactile field of sensuous experience. It sets out to permanently record and express the sheer magnitude of loss through an architectural experience of a place radically different than what we encounter in our daily lives. In this light, the space itself serves as the memorial at all scales of experience and engagement – from within, driving by and from above.

A MEMORIAL PARK is inscribed with 184 MEMORIAL UNITS. Each unit is dedicated to an individual victim – its placement and place within the collective field a unique instance. This highly specific and qualitatively objective organizational strategy yields seemingly random results. The field is organized as a timeline of the victims’ ages, spanning from Dana Falkenberg, 3 years old, to John D. Yamnicky, age 71. While each memorial unit locates itself on its respective age line, the units are then organized by birth date along the age line. Inherent tendencies – the clustering of certain age groups, the gap between the children and adults – are clearly evident and meaningful, though infinitely interpretive.

Personal interpretation is further sparked by embedding layers of specificity into the orientation of each memorial unit within the expansive site. Fifty-nine memorial units face one direction, 125 face the other – thus distinguishing victims on board American Airlines Flight 77 from those who were inside the Pentagon. When visiting a memorial dedicated to a victim who was in the Pentagon, the visitor will see their engraved name and the Pentagon in the same view. Conversely, one would see the engraved name of a victim on Flight 77 with the sky. Though highly specific, this distinction is quite subtle when deployed consistently throughout the site. It adds a level of difference to the visual and spatial field, thus provoking visitors’ curiosity, while simultaneously telling the story of those involved in the events that took place here that day.

The western edge of the site is defined with the AGE WALL – a wall that “grows” in height one inch per year relative to the age lines that organize the site at large. As one moves deeper into the site the wall gets higher – it grows from 3 inches above the perimeter bench (at Dana’s memorial age-line) to 71 inches above the bench (at John’s). Strategically, this wall grows as a barrier is needed between the memorial park and the delivery lane that encroaches upon the site at its northwestern edge. Experientially, this wall communicates the organizational strategy to the drivers passing by on the freeway, while still allowing them to peer into the site from afar. From within the site it provides a shadowy backdrop for the lacy ornamental grasses that are planted along its base.

A vivid canopy of color and light provides shade throughout the site, as trees are clustered in conjunction with the disbursement of memorial units. Several Maple species, especially the Paperbark Maple (Acer griseum) serve this scheme well. The Paperbark is one of the last Maples to drop their leaves, retaining their beautiful fall foliage well into the winter months - this suspension of time will contribute to the sublime beauty of the Park. Upon maturity, the cinnamon-colored bark begins to exfoliate, exhibiting exquisite texture and color and overall year-round interest. On an intimate level, the interplay between leaves, light, bark, gravel, grasses, water, and the senses will be greatly enhanced with these elegant trees.
Links: memorial.pentagon.mil
1,878 views