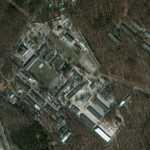 By giove @ 2009-04-09 06:48:29
@ 52.244344, 21.145506
Warsaw, Poland (PL)
GROM (In Polish: Grupa Reagowania Operacyjno-Manewrowego "Operational Mobile Reaction Group"; the acronym itself means "thunderbolt") is the primary special forces unit of the Polish Land Forces. It was officially activated on July 8, 1990. It can be and is deployed in a variety of special operations and unconventional warfare roles, including anti-terrorist actions and projection of power behind enemy lines.

The unit's full name, in Polish, is Wojskowa Formacja Specjalna GROM im. Cichociemnych Spadochroniarzy Armii Krajowej (Special Military Formation GROM of the Cichociemni parachutists of Armia Krajowa), although this title is purely formal and is rarely used. The acronym GROM is also related to the name of General Gromosław Czempiński, who, among other actions, managed to rescue a number of American CIA agents and personnel from Iraq prior to the onset of Operation Desert Storm in 1991. In Polish Army nomenclature, it is called JW 2305 (JW stands for Jednostka Wojskowa—Military Unit).
Links: en.wikipedia.org
1,052 views