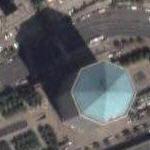 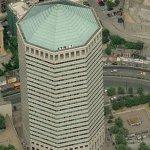 By kjfitz @ 2005-11-02 10:15:52
@ 44.41126, 8.906854
Genoa, Italy (IT)
The new skyscrapers in the San Benigno area in Sampierdarena (WTC tower, Shipping and North Tower), were built on the foundations of the old Cosica area close to the Lanterna, to house the most important maritime companies in Genoa and in the Mediterranean. The eastern most building is known as the 'Matitone' because of its octagonal shape inspired by the Romanesque bell tower of the San Donato church. This seems to be forming a harmony between older forms and modern progress. The restaurant at the top of the World Trade Centre, the largest tower, offers a spectacular view over the port and the city. This building also has a videoconferencing room equipped with the most sophisticated equipment. The building of these skyscrapers caused much concern among the people of Genoa, especially those involved with Italia Nostra, who objected to the dropping of the earlier buildings on the site.
Links: www.thehighrisepages.de
1,244 views

Another map for the octagons...