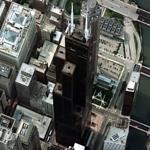 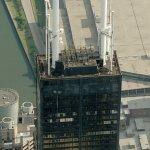 By nic @ 2005-04-16 18:44:18
@ 41.873609, -87.636961
Chicago, Illinois (IL), US
Willis Tower (formerly named and still commonly referred to as Sears Tower) is a 108-story, 1,451-foot (442 m) skyscraper in Chicago, Illinois. At the time of its completion in 1973, it was the tallest building in the world, surpassing the World Trade Center towers in New York, and it held this rank for nearly 25 years. Willis Tower is the second-tallest building in the United States and the eighth-tallest freestanding structure in the world. The skyscraper is one of the most popular tourist destinations in Chicago, and over one million people visit its observation deck each year. Named the Sears Tower throughout its history, in 2009 the Willis Group obtained the right to rename the building, as part of their lease on a portion of its offices. On July 16, 2009, the building was officially renamed Willis Tower.
Links: en.wikipedia.org
5,113 views