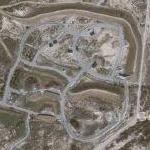 The Arrow "Interceptor" (Hebrew: טיל חץ‎, Til hetz) ABM is a theater missile defense (TMD) system; it is the first missile developed by Israel that was specifically designed and built to intercept and destroy ballistic missiles on a national level. The Arrow intercepts its targets high in the stratosphere (some systems, such as RIM-161, are intended to intercept in outer space; others, such as PAC-3, are designed to meet their targets in lower atmosphere). Lockheed Martin's THAAD also intercepts ballistic missiles in the high stratosphere, but also has the capability to intercept targets in outer space.
Links: en.wikipedia.org
1,127 views