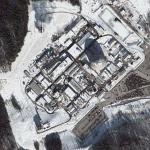 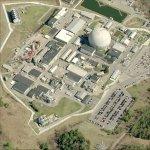 By kjfitz @ 2005-08-15 23:41:32
@ 43.040229, -73.953637
West Milton, New York (NY), US
A naval nuclear R&D and training site, associated with the Department of Energy's nearby Knolls Atomic Power Laboratory. This site has four land-based prototype reactors, like those used in nuclear powered submarines, which are used for research into developing improved nuclear propulsion systems, and for training military personnel in their use. Operated for the DOE by Lockheed Martin (Westinghouse operated it for many years previously).
Links: clui.org
15,122 views