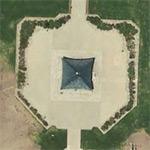 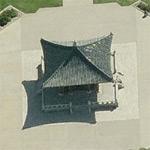 By neotrix @ 2009-09-14 08:14:14
@ 33.709761, -118.293783
Los Angeles, California (CA), US
The Korean Bell of Friendship is a massive bronze bell housed in a stone pavilion in Angel's Gate Park, in the San Pedro neighborhood of Los Angeles, California. Located at the corner of Gaffey and 37th Streets, the section of the park is alternatively called the "Korean-American Peace Park," and occupies part of the former Upper Reservation of Fort MacArthur.

The bell was presented by the Republic of Korea to the American people to celebrate the bicentennial of the United States, to honor American veterans of the Korean War, and to symbolize friendship between the two nations. The effort was coordinated by Philip Ahn, a Korean-American actor. It was dedicated on October 3, 1976 and declared Los Angeles Historic-Cultural Monument No. 187 in 1978.
Links: en.wikipedia.org
833 views