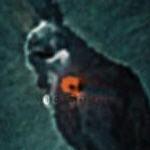 By kjfitz @ 2009-03-31 16:07:20
@ 13.600025, 40.666666
Thio Adole, Ethiopia (ET)
Erta Ale is an active shield volcano in the Afar Region of northeastern Ethiopia. It is the most active volcano in Ethiopia. Erta Ale is 613 metres tall, with a lava lake, one of only four in the world, at the summit. It is notable for being the longest existing lava lake, present since the early years of the twentieth century. It is located in the Afar Depression, a desert area spanning the border with Eritrea.

Erta Ale's last major eruption was on 25 September 2005, which killed 250 head of livestock and forced thousands of nearby residents to flee.

The name of the volcano means "smoking mountain" in the local Afar language and its southerly pit is known locally as "the gateway to hell". It has recently been mapped by a team from the BBC using three dimensional laser techniques.
Links: en.wikipedia.org, scribol.com
1,249 views