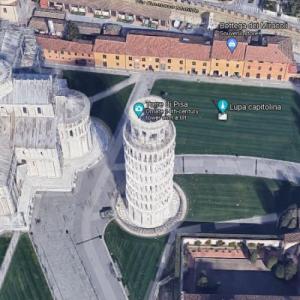 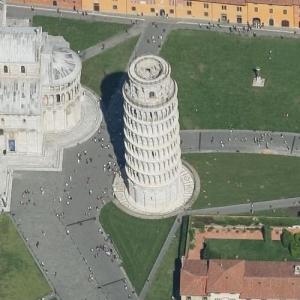 In the past it was widely believed that the inclination of the Tower was part of the project ever since its beginning, but now we know that it is not so. The Tower was designed to be "vertical" (and even if it did not lean it would still be one of the most remarkable bell towers in Europe), and started to incline during its construction.

Both because of its inclination, and its beauty, from 1173 up to the present the Tower has been the object of very special attention. During its construction efforts were made to halt the incipient inclination through the use of special construction devices; later colums and other damaged parts were substituted in more than one occasion; today, interventions are being carried out within the sub-soil in order to significantly reduce the inclination and to make sure that Tower will have a long life.

In all this story it is possible to find a meaningful constant, the "genetic code" of the Tower: its continual interaction with the soil on which it was built. Today's (1999) works for the safeguard and the conservation of the Tower with very advanced methodologies are designed to fully respect this constant.
Links: en.wikipedia.org
8,661 views