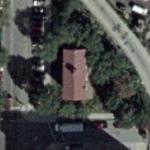 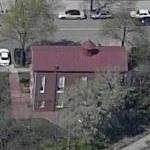 The Jewish Historical Society of Greater Washington and its Lillian & Albert Small Jewish Museum preserve, chronicle and present the story of the local Jewish community through archival collections, exhibits, educational programs, publications, and the restoration and preservation of the oldest synagogue building in the nation’s capital. The Museum is located in the historic 1876 Adas Israel Synagogue—the oldest in the Washington, DC area. The synagogue is listed on the National Register of Historic Places, the DC Inventory of Historic Sites, and the Historic American Buildings Survey. It is an Official Project of the Save America’s Treasures program.

Founded by volunteers in 1960, the Jewish Historical Society of Greater Washington was incorporated in 1965 as a nonprofit organization dedicated to interpreting Jewish history in the greater Washington area. In 1969, galvanized by the pending demolition of the oldest synagogue building in the nation’s capital, Society members arranged for the historic building to be moved three city blocks to its present location. After extensive restoration, the synagogue was rededicated and opened to the public as the Lillian & Albert Small Jewish Museum in 1975.
Links: capitaljewishmuseum.org
862 views