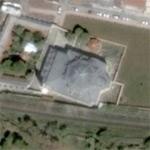 This Byzantine building with a central dome plan was erected in the 6th century and was a model for the Hagia Sophia, the main church of the Byzantine Empire. It is one of the most important early Byzantine buildings in Istanbul.
Links: en.wikipedia.org
538 views