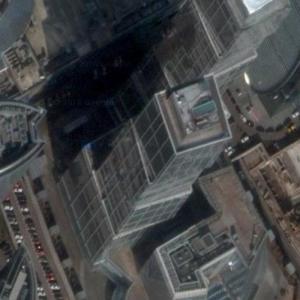 By kkeps @ 2011-12-30 16:05:41
@ 55.74761936, 37.53930121
Moscow, Russian Federation (RU)
The City of Capitals (Russian: Город Столиц, literally "a city of capital cities", official English name: Capital City) is a multifunctional complex, including twin tower skyscrapers, located on plot 9 in the Moscow International Business Center in Moscow. The City of Capitals, symbolising Moscow and St. Petersburg, was completed in 2009. The "Moscow Tower" is taller than Naberezhnaya Tower and was the tallest in the Commonwealth of Independent States (CIS) and in Europe with a height of 301.6 metres, until the construction of the The Shard in London, England, exceeded this height on 17 January 2012.
Links: en.wikipedia.org
566 views