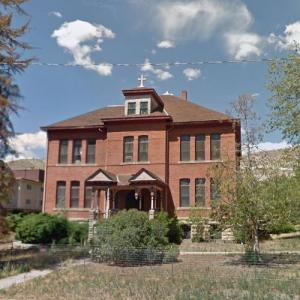 By kkeps @ 2009-01-25 06:37:13
@ 38.447191, -105.241837
Canon City, Colorado (CO), US
On May 14, 1890, the Benedictine Sisters bought the building and grounds of the vacant military school from Mary Virginia Macon for $15,000. Improvements were made to the large three story building and the former military school was opened under the new name of Mount St. Scholastica Academy in September 1890. With a teaching staff of four nuns and a principal, all was well with the school until 1895 when the building was all but destroyed in a blast that blew out windows, cracked walls and unsettled the roof. This was caused when workers digging a tunnel near the hogbacks of nearby Skyline drive used more explosives than needed.
Links: www.waymarking.com
1,864 views