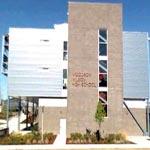 There was wide speculation that Ted began killing at the age of 14. On August 31, 1961,eight-year-old Ann Marie Burr vanished from her Tacoma home never to be seen from again.The Burr house was on Bundy's newspaper delivery route.

The victim's father is certain he saw Bundy in a ditch at a construction site on the nearby UPS campus the morning his daughter disappeared.

Other circumstantial evidence implicates him, but detectives familiar with the case have never agreed on the likelihood of his involvement.